What is a sliding curtain system? 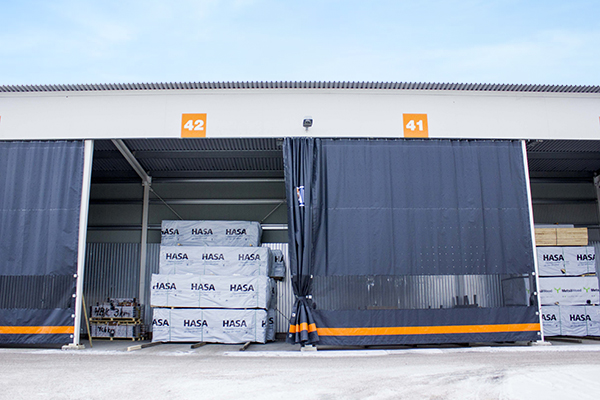 Sliding curtain systems enable curtains to be folded to the side, which makes them great systems in space dividing and protection.

The most common sliding curtain installations are found in industrial spaces and halls spaces such big storages, sport centers or production facilities.

Industrial curtains typically cover different kinds of solutions for protective and space dividing use. These curtains are used to protect from wind, water, dirt and cold and they are also used as barriers. Industrial curtain systems are used in a variety of curtains such as welding curtains, protective curtains when dealing with fire, washing facility room dividers, soundproof curtains and other indoor and outdoor curtain needs. 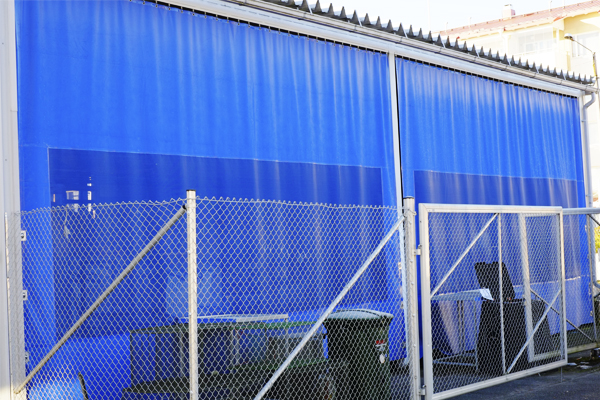 The curtains are usually made of PVC paved fabric and its weight varies from 400 g/m2 to 700 g/m2. However for example soundproof curtains usually include several layers of material and due to this can be also heavier. Curtains are usually fixed from the sail ring to the hanger, which slides inside the track. The sail rings interval depends on the curtain type, but is usually around 150-400 mm. The sliding hanger and curtain are usually attached to each other with a plastic curtain holder (if the curtain is really light) or with a metal S-hook. 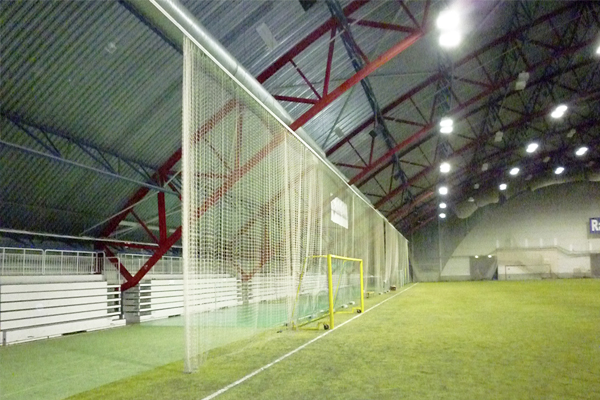 Also, a common sliding curtain solution is a protective net in sports halls. Sliding nets are commonly used as barriers and as wall protections from dirt and slams on courts. The nets are usually made of polyamide net, which have loops.

The biggest advantages with sliding curtains are that they are easy and quick to move and use. With these curtains you can divide spaces, protect workstations and storages with either straight or curved sliding systems. Protective curtains are also economical and durable solutions, which makes them a perfect option for industrial use.

How to choose components for a sliding curtain system?

With sliding curtains systems, the track length is determined according to the solution.

You can choose either wall or soffit brackets. The number of brackets is chosen based on the track length. Typically, the bracket interval is 1 meter, so for example with a four meter track you need five brackets.

If needed you can also join two tracks with track joints or joint brackets. Using a track joint supports the track junctions and locks the track ends together.

End caps can be used on the ends of the track to create a finished look for the whole system as well as to prevent side movement and dirt from entering the track.

ASK FOR AN OFFER